Direct link to my book about cancer.

At a time in my life when I was tapping into a source of knowledge, I wrote most of the stories that are on this web-site. And I have learned that the people who most need the knowledge that is in my stories, are the very same people who never read them.

"After all these years, I've learned one thing for sure: Always follow your passion, because that and that alone will lead you to your happy ending." - Theresa Lopez-Fitzgerald Crane. 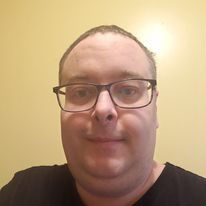 I'm a mild-mannered Content Creator from Saskatoon, Canada. I consider this web-site to be "my part of the web." I wrote an anime-inspired series of books called Banana Chan which is now for sale, look it up! I've been an anime fan for over 25 years, yet it seems I've only scratched the surface of my "watch list." I'm a Moderator at the Truth Frequency Radio (TFR) chat room, and I'm an on-and-off Line Producer for the TFR show called IronWorx. I've collected books on topics that interest me, and I want to read enough of them by 2025 that I can be knowledgeable enough to host my own TFR show starting in 2025, if Chris will let me. I've broadcasted shows before, on a local radio station; I've acted on stage, and even screen ... though screen roles were usually small. I do a show called "My Honest Truth" on my YouTube channel. A lot of people in hidden corners of the internet know me as an author of works that are important to them, and I want to do more writing as time progresses. I want to create more for this web-site, and you can help me by becoming a patron of mine on my patreon!

The Adventures of ... Ah Who Cares? - A stageplay script that tells a typical, average story of a Knight going against a Dragon, for the benefit of a Princess! -- but does she even give a shit about what he went through to save her? Not really.

Asclepius' Staff - You may have heard of the book Knockout - Interviews With Doctors Who Are Curing Cancer by Suzanne Sommers; that book revealed that there are methods for curing cancer, but that book failed to go into enough detail about any of the methods for curing cancer. So I found out about a Doctor who was curing cancer, and I studied materials he put out, and related materials, until I could put instructions for a "three prong" protocol in my book Asclepius' Staff. I know that the protocol works, if done properly and entirely. Now it's up to the world to catch on! (I know this sounds too good to be true, so therefore you assume that it's probably not true; that sort of assumption is your choice.)

Banana Chan - An unproduced series of anime scripts. 36 episodes of an original anime idea that is about a young girl growing up in a small Japanese town, and the trials and tribulations of living a weird life. Although this series takes place in an imaginary version of Japan which is a bit more westernized than the actual Japan, that is for artistic reasons, and I am completely against hate against Asians, and I am against anything that threatens Asian cultures.

Brian's Path - Scripts for an unproduced serial drama for television. It's about a guy named Brian whose goal is to write an anime called Banana Chan. Along with his friends, Brian starts a production company, and the story takes unexpected twists and turns ... unless you find the story predictable ... but you'll only know if it's predictable if you sit down and read it. Your literacy depends upon your reading of something, so choose this!

Golden City - My attempt at writing a bad novel; that is, a bad novel that can be adapted to a bad movie, if I'm lucky. It's the story of a 19 year old guy who shares my name, who happens to have an "in" with the King of the Universe; by the end of the story, he saves the Earth ... yet again.

Invasion Force - A single pilot-episode script for a "B-movie"-type series that I'll probably never write more of ... unless you love it! I would be cool with an independent producer filming this script on location at a place called Devon Island.

Kininigin - A stageplay script about the 2020 Election between Donald Trump and Joe Biden! The main character is an author of books about conspiracy theories; he just wants to go on a regular book tour during election season, but his travels and travails are fraught with adversity!

The Pizza Tree - A script for a childrens' play that was once staged in Saskatoon, and the children in the audience enjoyed it! It's about cute animals who can talk, and they go on a walk during which morality lessons are told to them by an old guy.

The Professor - An older version of this script was staged in Saskatoon, in the year 2000! The older version was probably better, as I just ended up deleting some stuff and adding a bunch of gratuitous profanity for no reason.

I actually consider myself to be self-employed by the projects that are represented on this website. So if you found anything here useful or entertaining, please leave me a donation. Thank you!

Occasional Rants From The Desk Of The Alan:

September 19th, 2021 - I live in Saskatoon. I'm white. There are certain areas of the city where I don't like going, because white people OFTEN get attacked by Aboriginal people. September 30th is Truth & Reconciliation Day; even on that day, the Police will respond to incidents of Aboriginal people attacking white people, in this city. I've been attacked by Aboriginal people in this city enough times in my life that why the hell should I wear an orange shirt on that day unless it happens to be the shirt I decide to wear? If I wear an orange shirt, it won't be for the reason people think it is.

Upcoming Uploads: There will eventually be more new projects here.

Iron Realm Media - A very honest group of fellows, who do shows across the internet about real topics.

Leitbur - A very talented musician. Listen to his music; it's amazing!

Liana B. - A woman who is very talented in the visual arts. If you hire her to illustrate for your project, tell her Alan Holman sent you!

Short Story And Flash Fiction Society - A site by writers, for writers and readers.